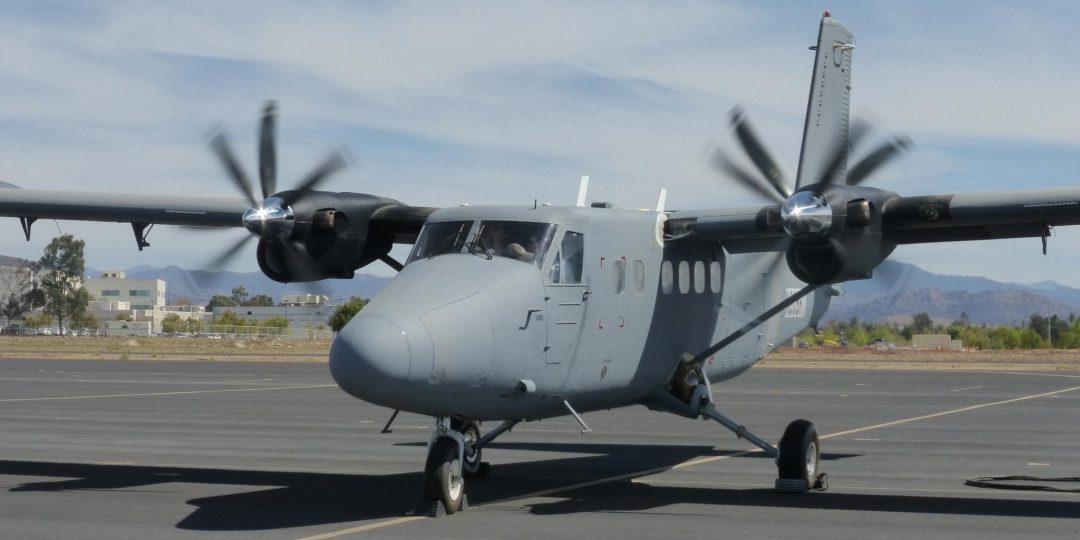 Murrieta, Calif.-based Ikhana Aircraft Services (Booth 3630) continues its work on a high-gross-weight, Part 23 commuter category STC for Twin Otter Series 300 and 400 turboprops, most recently starting FAA flight tests just ahead of this year’s convention. The mods, known as the DHC-6-300HG and DHC-6-400HG, raise the maximum takeoff weight for each model to 14,000 from 12,500 pounds.

In the 300 series, the increased weight capability comes primarily via a switch from 620-shp Pratt & Whitney Canada PT6A-27s to fully-rated 750-shp PT6A-34s. Although Canada’s Viking Air already uses -34s in the new-build 400 series airplanes it markets, those engines are de-rated to 620 hp. The Ikhana mod essentially restores them to their maximum horsepower rating.

Other changes include a switch to new Raisbeck Hartzell swept four-blade propellers for reduced noise, along with some aerodynamic, systems and structural modifications, including those to accommodate more robust landing gear for the added weight.

Ikhana president and CEO John Zublin told AIN that he hoped to gain the certification by the end of the year, or possibly in the first part of next year. Zublin explained that the company has developed the new flight test program with a considerable amount of information gleaned from a restricted STC it earned in 2009, and that he expected the standard STC to require roughly 100 flight hours. While the restricted STC raises mtow to 14,000 pounds for special missions such as search-and-rescue, forestry, mining and scientific operations, the Part 23 STC allows for passenger transport and involves a far more complex process.

“It’s a huge, huge undertaking,” he said. “That’s why it’s taken us as long as it has.” In fact, just before last year’s NBAA Convention, Zublin told AIN that he expected to gain the STC during the first half of the year. “Some of the delays had to do with negotiations with the FAA over some of the complexities of how to do this,” added Zublin. “This is not done routinely. To my knowledge there is only one other aircraft that has gone from a normal category to a commuter category. That was the King Air, and it was definitely not as large a project, mainly because you’re [now] talking about a 19-passenger aircraft, which is what we have. So this is a different kettle of fish.”

Zublin sees a strong demand for commuter airline uses for the more powerful Twin Otter due to its ability to carry more passengers and/or full fuel on a given route. And operators choosing to install standard floats, which add about 1,000 pounds to the empty weight of the airplane, or amphibious floats, which add roughly 1,500 pounds, will pay no weight penalty.

“The advantage of this STC would be to allow you to put on floats, still get your full passenger load and adjust your fuel as you need it for normal operations,” he explained. “What we’re finding, worldwide, is in countries that don’t have developed landing infrastructure, [operators] are resorting to their waterways.”

Meanwhile, for private operations, the extra weight allowance can also accommodate various sorts of interior extras normally associated with VIP applications. “These VIP configurations are used for people who have resort islands and special needs to get into remote areas, and they want to do it in as luxurious a manner as possible,” said Zublin. “We’ve had several VIP-type operators who have called us routinely asking the status of this.”

Asked about customer numbers, the Ikhana chief executive explained that he has not yet solicited orders. He prefers, he said, to eliminate all uncertainties associated with the flight testing and pursue sales following the completion of that process. Zublin believes he has an accurate idea of the market potential, however, based on a global pool of Series 300 candidates that numbers between 250 and 300 and on a survey Ikhana conducted of several operators accounting for 124 airplanes. “We had one operator who indicated they weren’t sure they were interested at the time, and everyone else was extremely interested in the program and signing non-binding letters of intent,” he reported. Although the study did not address Series 400 operators, Zublin said that several of those operators have expressed interest as well.

Of course, Ikhana will welcome demand from operators of both series as it looks to recoup a program investment of some $5 million within a reasonable time period. For operators, the cost of the mod runs from between roughly $600,000 to as high as $1.5 million, depending on the extent of work a particular airplane needs.

Separately, Ikhana has begun work on a program to re-engine the Twin Otter with GE H80-series turboprops, each of which would produce 850 shp and potentially allow for still a higher gross weigh.