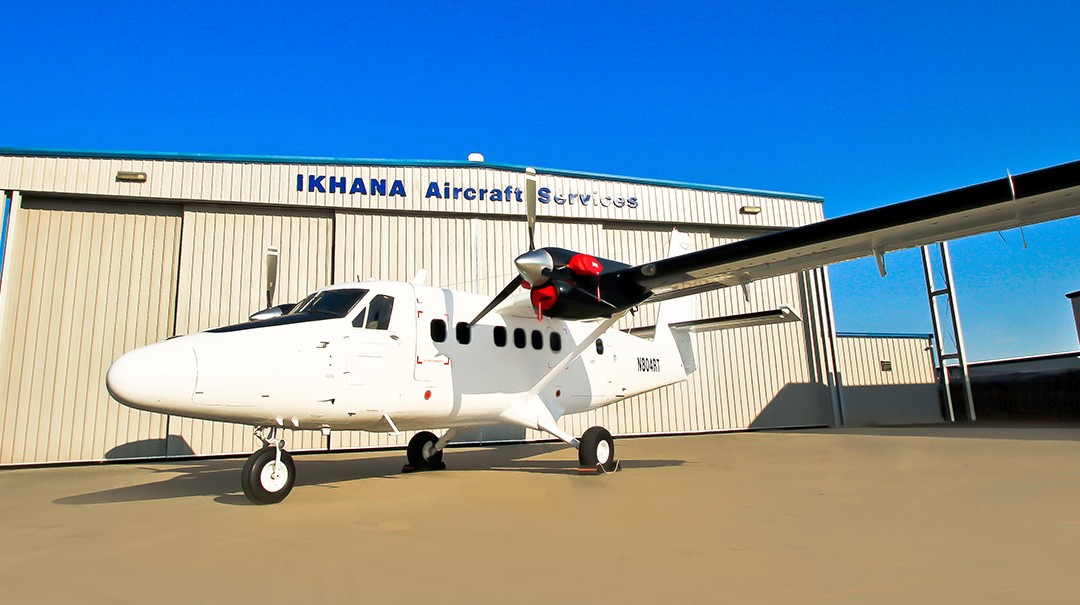 IKHANA Aircraft Services (IKHANA) announces the delivery of a RWMI DHC-6-200HG™ Twin Otter
aircraft with IKHANA’s RWMI DHC-6-200HG™ increased gross weight STC to G-Sky Aviation, a
division of Golosky Services Ltd. The DHC-6-200HG™ is an FAA and Transport Canada
approved Supplemental Type Certificate (STC) allowing operation of the aircraft to 12,500
pounds. “We expect that our RWMI DHC-6-200HG™ will be a key asset for G-Sky. We look
forward to a long term relationship in supporting their expanding operation.” states Mr. John
Zublin, President/CEO of IKHANA. Bill Houghton, General Manager of Operations for G-Sky
states “This is the first Twin Otter to be put into service by G-Sky Aviation and we are planning
to use this as the cornerstone of our operation.” G-Sky Aviation is a new Canadian Air Carrier
based in Fort McMurray, Alberta Canada offering turnkey charter solutions to the communities
of Alberta, the resource sector, and overseas worldwide air charter market.

The RWMI DHC-6-200HG™ STC increases the payload capabilities of the basic DHC-6-200
aircraft by approximately 900 pounds, or nearly 8%, to 12,500 pounds. Operations are allowed
with the full 620 shaft horsepower of its PT6A-27 engines effectively transforming the operation
of a DHC-6-200 to match the capabilities of a DHC-6-300 aircraft.