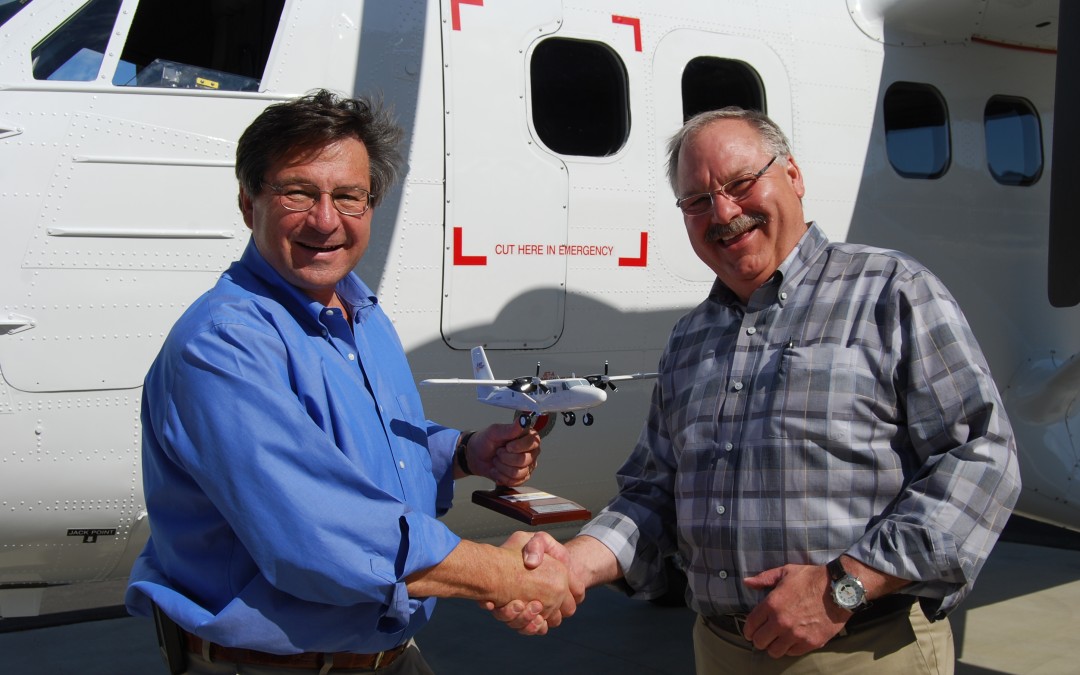 The RWMI DHC-6-200HG™ is an FAA and Transport Canada approved Supplemental Type Certificate (STC) allowing operation of the aircraft to 12,500 pounds.  The RWMI DHC-6-200HG™ STC increases the payload capabilities of the basic DHC-6-200 aircraft from 11,579 pounds (approximately 900 pounds, or nearly 8%, to 12,500 pounds). Operations are allowed to the full 620 shaft horsepower of its PT6A-27 engines effectively transforming the operation of a DHC-6-200 to match the capabilities of a DHC-6-300 aircraft.

IKHANA Aircraft Services announced that G-Sky Aviation has recently completed one year of operation for their RWMI DHC-6-200HG™ first delivered in 2013. Bill Houghton, General Manager of Operations for G-Sky states, “The aircraft has proven to be a great asset for our operation.  The performance is greatly enhanced with the 620 horsepower engines and the payload is comparable to a DHC-6-300 series.  With all my years in the operation of Twin Otters, I can say that IKHANA’s RWMI DHC-6-200HG is a brilliant example how the aircraft should be configured to maximize its potential.”